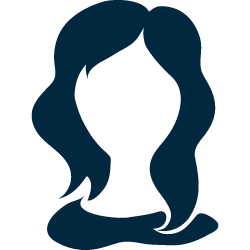 I spend most of my working life planning next holiday - sad but true! If you spend as much time researching holidays as me, you'll know there are some great resources online that can help you choose a great holiday destination, tours and hotels, but they can be a little tricky to locate unless you know exactly what to look for. I decided to a start a blog so that I can put my research to good use and share the information I have found. I hope you enjoy and who knows? Maybe I'll see you on my next holiday!

Hotel: locals already know this, but it can be confusing to visitors -- a "hotel" in Australia isn't necessarily a place to stay, such as the Windsor Lodge Como. For historical reasons, a hotel can also mean a pub.

Room positions: to most of us, if two rooms are adjacent they're directly next to each other. In a hotel, though, it can also mean that they're across a corridor from each other. Two rooms next to each other are adjoining, but that doesn't mean that you can go straight from one to another; if you could, the rooms would be interconnecting.

Bed sizes: a single room is for one person and contains one single-sized bed. A double room contains one double bed and can sleep one or two people. If two people who aren't a couple are going to be sharing a room, they'll probably need to request an extra bed. This setup is called a twin room or, informally, a double-double. These beds can be of any size; check if you're unsure. A triple room often has one double and one single bed; they're popular among parents travelling with children.

Amenities: a concierge can give you information on the city you're in, but might also provide other services such as helping you book hard-to-get event tickets. A butler service takes this one step further, assigning you a personal assistant who will handle everything from unpacking to cooking to administration; this level of service is rare. Business centres provide equipment such as printers and copiers for business travellers. Some even offer secretarial services, although again this is rare.

Rates: all-inclusive is just what it sounds like; your rate includes not only accommodation but meals; however, "all" can be a loose term; most but not all hotel services will be included, so check before using them. Half board (or, rarely, American) includes some meals but usually not lunch.

Behind the scenes: C&C refers to "conference and catering" or event planning; C&E is the same thing. If you're unlucky enough to be in an overbooked hotel -- one where there have been too many reservations -- you may be bumped or moved elsewhere. You usually won't run into this kind of terminology unless you're in the travel planning trade.